At uMotif we strive to improve data captured during clinical trials by offering a better experience for patients. Engaged patients lead to cleaner and higher quality data providing better insights for researchers.

Combining our technology product design skills and strong background in helping Parkinson's patients we improved an assessment known as the “finger tapping test". The tap test measures a user's dexterity and coordination. Slowing of speed, loss of amplitude, and pauses in finger taps are consistent with 'bradykinesia' – a slowness in movement that is one of the most common symptoms of Parkinson's.

During a tap test people are asked to move their finger between two different points as quickly as they can for approximately 10 to 15 seconds. The original test was recorded manually with a stopwatch, pen, and paper. A more recent version using a regular keyboard known as The BRadykinesia Akinesia INcoordination (BRAIN) tap test was developed by Doctors Alastair Noyce, Andrew Lees, and Gavin Giovannoni. This version is validated to assess upper limb motor function in Parkinson's disease.

When working with researchers at University College London and Queen Mary University of London we identified the potential to further digitise the tap test and enable patients to self-monitor their symptoms. Our product team went to the uMotif drawing board to design, and build, an easy to use smartphone and tablet-based exploratory assessment that has recently been integrated in numerous studies including Smart-PD and 100 for Parkinson's.

The core enhancement to the test was leveraging modern mobile devices. Using the innovative and ubiquitous technology increases the granularity and accuracy of the tapping measurement. By using the precision of touch screens, the uMotif platform, and our team's experience in BYOD (Bring Your Own Device) we added a new dimension to the test. The impact being the potential to collect data at scale and with increased depth and accuracy. 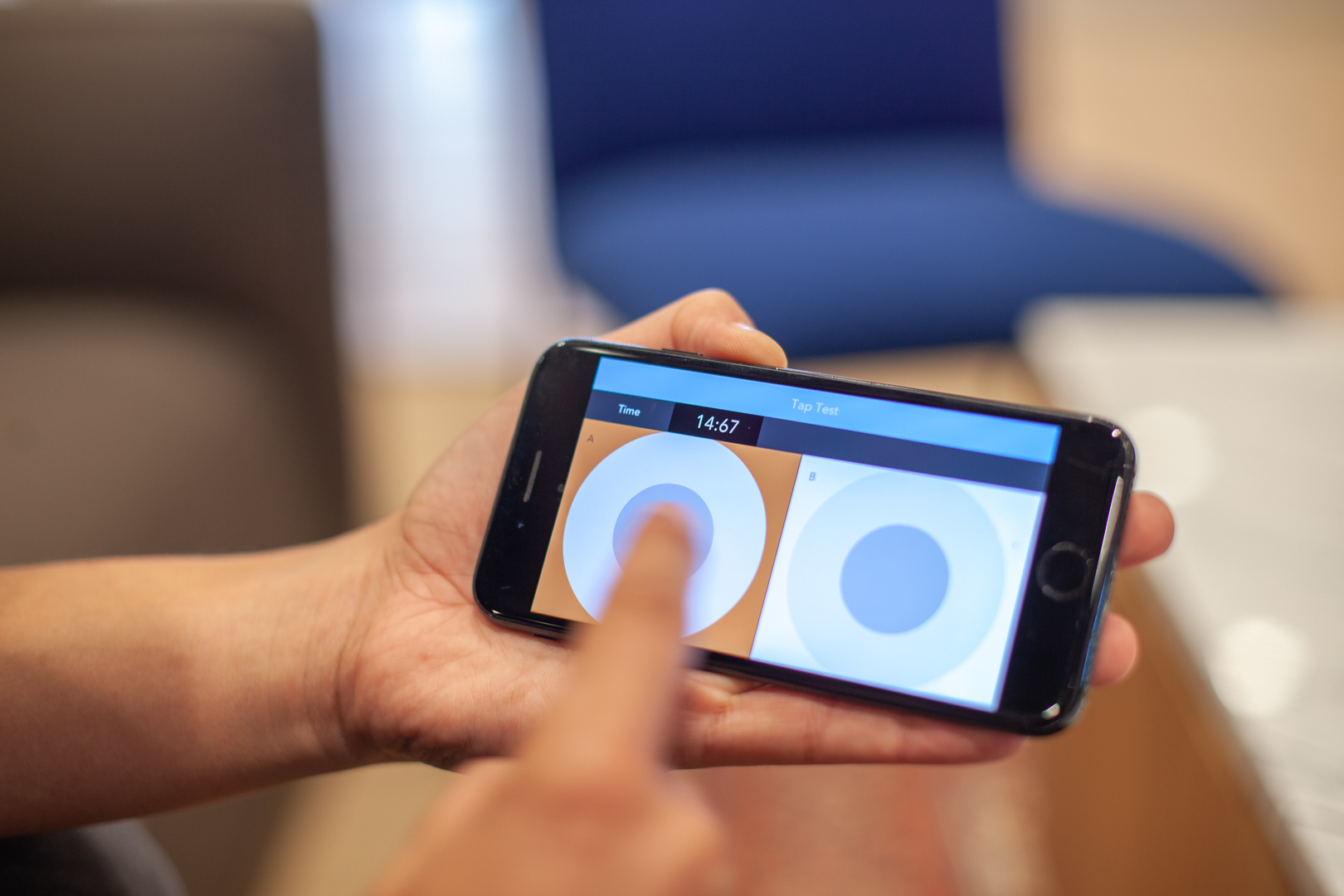 The uMotif Tap-PD test was validated against the BRAIN tap test as part of a wider study led by Dr Alastair Noyce from the Preventive Neurology Unit, Queen Mary University of London and the Department of Clinical and Movement Neurosciences, University College London, a leading figure in Parkinson's Disease and movement disorders.

You can read the results of this paper here:

Covid-19 Update: uMotif continues to support patients and researchers during the pandemic